TripleSafe Sump Pump and US4 Back Up Pump in Pittsburgh, PA 15241, USA 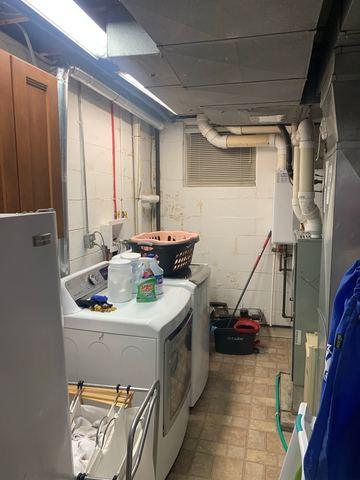 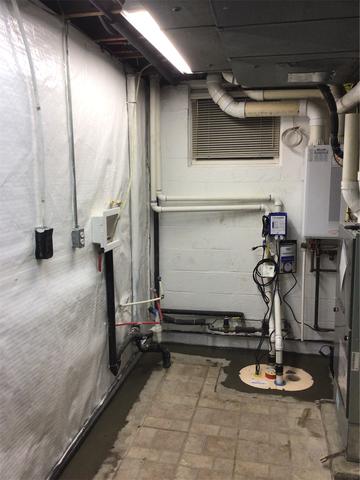 This home had a long-standing leak on the wall behind the washer and dryer. It was hard to notice, unless the water came out past the base of the appliances. Unfortunately a significant amount of damage from water occurred to the units.  That said, the basement area was waterproofed to prevent this from happening again.  WaterGuard was installed with CleanSpace on the walls.  A TripleSafe sump pump was installed for maximum protection because the client NEVER wanted to deal with this problem again.  Afterwards, the customer was extremely satisfied.

The TripleSafe™ Sump Pump System provides three levels of protection for your basement and your peace of mind. For normal functioning, the TripleSafe™ has a powerful, cast-iron Zoeller® ⅓ horsepower sump pump set at the lowest level. For heavy volumes of water or in case of primary pump failure, a second, more powerful Zoeller® ½ hp pump set a bit higher in the liner will take over. In case of a power outage, our UltraSump® battery backup sump pump, set at the highest level, will pump 11,500 gallons or more on a fully charged battery!

View All Before and After Photos