A resident in Penn Hills, PA was experiencing water coming into their basement walls and floors during heavy rainfall. The cause of this issue is loose soil that is used to fill the hole around the foundation. Over time, this soil settles and becomes saturated during periods of heavy rainfall. This weight of saturated soil puts hydrostatic pressure on the walls, causing water to seep in. Dry weather is also a part of the problem during periods of drought. The soil can shrink away from the foundation when it is dried up, leaving voids for the next rain to easily flow down into the basement. There are many negative effects of a damp basement such as smelly damp carpets, condensation, mold, and increased heating and cooling bills.

The homeowner contacted Keystone Basement Systems and our Field Inspector, Darryl Butler was able to help them with a solution. He suggested they get a sump pump and a French drain system. Our foreman, Chris Layne, installed the TripleSafe sump pump system which has three pumps that are protected inside a pump liner. The sump pump has an airtight enclosed lid to lock in moisture and provides ultimate protection against water damage. Next, the foreman installed the WaterGuard Drainage System along the perimeter of the basement floor. This is installed below the floor slab and on top of the foundation footing. This placement keeps the drain system out of the "mud zone," where drains often clog. WaterGuard collects water that seeps through the basement and drains it to the sump pump system. Now, the homeowner has peace of mind knowing their basement is protected against water. 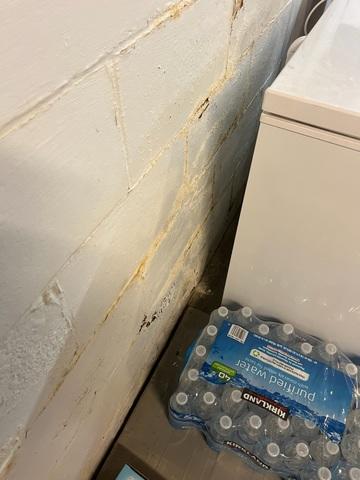 Staining of the block wall where moisture is trapped 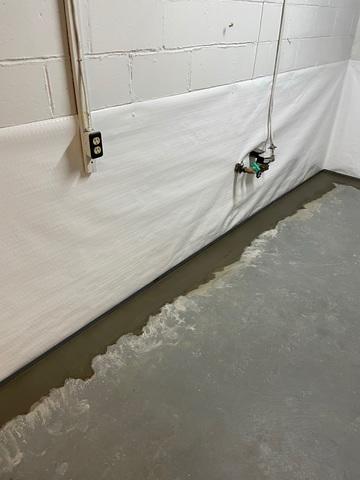