The issues your cracked concrete could face

Cracked concrete can be a major issue for homeowners, as it can not only be unsightly, but it can also create a tripping hazard and potentially compromise the structural integrity of the slab. 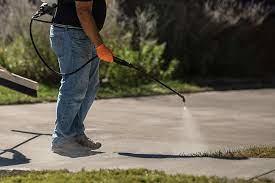 Sealing cracks in concrete is important because it helps to prevent water from seeping into the cracks, which can cause further damage to the slab and the surrounding area. Water that seeps into the cracks can freeze and expand during the winter months, causing the cracks to become larger and potentially leading to even more serious damage. Additionally, sealing cracks can help to prevent the growth of weeds and other vegetation in the spring and summer months, which can cause further damage to the concrete. Overall, sealing cracks in concrete is an important step in maintaining the integrity and appearance of the slab, and to insure the safety of those who would be walking on it.

Keystone Basement Systems can lift and repair your concrete, making it appear new and attractive and stand the test of time.

Article: Should I Fix My Bowed Foundation Wall?
Article: PolyLevel Concrete Repair Over Mudjacking
Photo Gallery: Crack in the Foundation Wall
Back to Previous Page
Back to News & Events